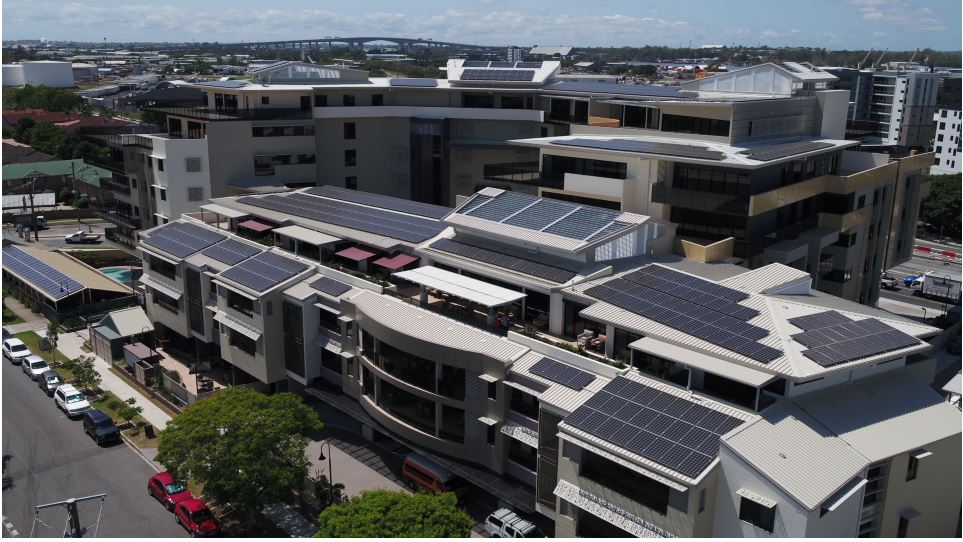 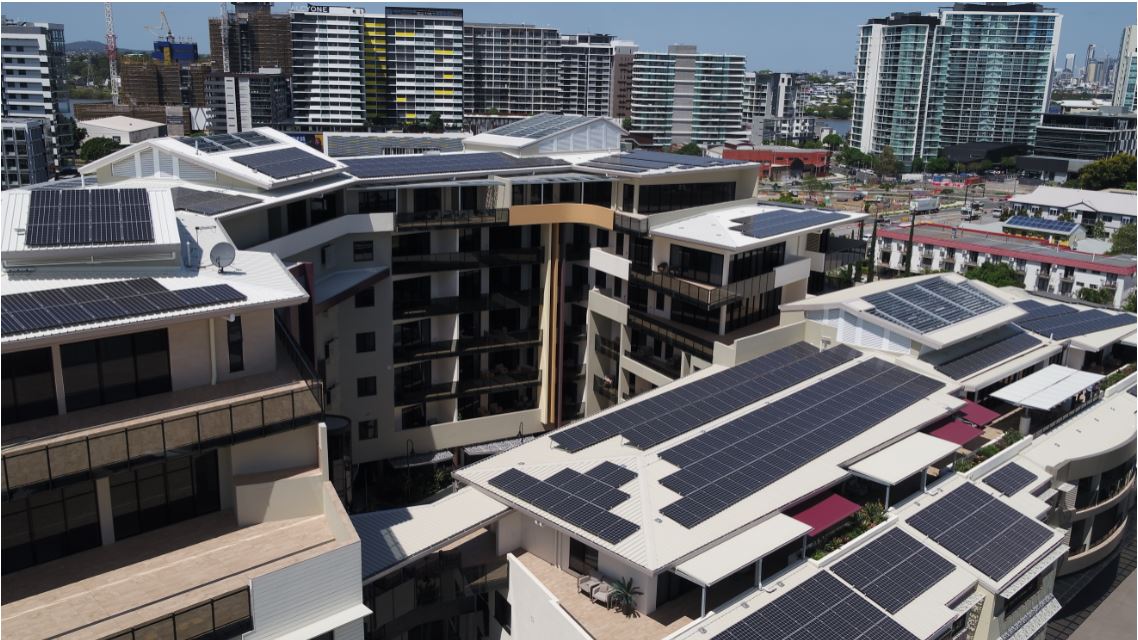 Vacenti is a private chain of high quality nursing homes.

Portofino was planned two years before starting the construction of the buildings. This is Vacenti’s most impressive aged care facility.

Portofino’s PV solar generator is made by two independent PV solar systems of 100 KW each. Each system is based on LG Neon 2 PV solar modules. The choice went on LG Neon 2 because these modules offer the highest output performance at parity of occupied surface (20% less surface is required). The expected useful financial life of Neon 2 goes beyond 25 years while the power output decay is below 10% at Year 25. LG is also a prosperous company that has been in the market for more than 50 years and its policy is to provide substantial product warranties that are transferable and LG honors at any time during the warranty period.

We used SMA Sunny Tripower inverters controlled by SMA CLuster Controller. Two cluster controllers are driven by two independent COMAP Intelimains programmable back-flow protection relays set on Zero Export Demand. This means that in case the internal demand decreases and the power output of the inverters exceeds the internal demand, the Intelimains detect the condition and they send appropriate signals to the SMA Cluster Controllers. The SMA Cluster Controllers send their signals via LAN cable to the inverters that in turn reduce their output power.

The COMAP Intelimains relays also control the local electrical network and in case of anomalous conditions exceeding the Energex limits, they physically turn off the AC connection between inverters and Main Switchboard.

There are different ways to implement a grid protection system: barely legal and professional. Professional costs something more. However, a professional grade grid protection system allows a large PV generator to work without negative impacts on power quality and it minimizes the cost of remote operation. Hidden costs are slashed and maintenance costs are greatly reduced while continuous operation is better supported. For example, working in a COMAP-SMA architecture allows remote access by the PV solar farm operator at any time and all real time values can be monitored and logged. Alarm messages can be sent via email to different recipients. It is possible to analyse variations and historical production values either accessing the Cluster Controllers (PV Operator/Administrator) or browsing the more user oriented Sunny Portal by SMA (users). Another benefit of implementing professional-grade grid control systems over barely legal systems is that sudden shut downs related to the detection of anomalies become less destructive as more than one contactor can be staged to progressively shut down the inverters at different times. This power fluctuation mitigation technique is very important because power quality issues may emerge along the life of PV solar systems; grid protection systems that are not able to report anomalies and stage contactors can be extremely detrimental: just imagine an electrical system in which the voltage is fluctuating whenever unregulated PV solar systems connected to the same grid rise the voltage above safety limits. This can happen a few thousand times in a day and go undetected by privates because broken bulbs and broken electrical appliances are replaced without any technical investigation. However, backflow protection relays are made to detect over and under voltage conditions. If voltage rises beyond (or decreases below) the utility’s standards, inverters must be shut down in maximum 2 seconds. Customers can be unaware about a high voltage condition. Barely legal systems detects it and trip one big contactor. This causes an instantaneous loss of power. After a while, the relay may try to reconnect and the cycle repeats. This can be a never ending cycle, lasting for all PV generator life. We found companies affected by this type of problem that were totally unaware and never benefited of having installed a PV solar generator. Using SMA COMAP and Cluster Controller we become immediately aware about any type of anomalies, that may occur. Therefore, we intervene to remove the root cause of the problem. In the meantime, eventual forced shutdowns are mitigated by staging contactors and reducing to the necessary contactors the physical shut down. Further benefits come from relying on a fully programmable relay/PLC that can sense other sources of power such diesel or gas generators. In our architecture, customers can add gensets and we detect them. Then, we can turn off the PV system automatically when the genset starts or we can manage the PV output keeping it at levels that are compatible with the diesel generator output. We can also activate remote appliances to increase the internal demand when th einternal generation exceeds the demand.

In our PV solar farm builder experience, going for a professional grade solution implies a higher initial capital investment. Break-even can be achieved only 6-12 months later than barely legal systems based on much cheaper PV solar modules and inverters and a limited functionality grid protection system. However, a professional grade system can run unattended for 25 years with minimal maintenance and an annual output above 1,730 Kilowatt hours per kilowatt Peak (DC) installed in ideal position. Barely legal systems usually work discontinuously, they are cause of fluctuating voltage and current, sometimes harmonics and are often problematic on the side of PV solar modules and inverters quality. Our advice is: buy high quality systems and do not waste money and time in low profile solutions. In saying that, beware also of fancy solutions that imply too much complexity at electrical level and too many interdependent modules because all electrical components sooner or later will fail and quality can become a big issue and when electronic components are too many, In our LG/SMA architecture, we exploit the high density and superior photo-sensitivity of LG Neon 2 cells together the powerful independent sun trackers of SMA inverters. Being able to put more modules in the most illuminated areas of roofs, no or little parallelism of strings and a very good output also in poor light conditions (e.g. 200W/M2) allow no loss of performance in the most typical situations while we increase many times the reliability of the global solution.